Home » Blog » How to Light Your Pilot Light

How to Light Your Pilot Light

Now that fall is about over and winter is just around the corner, you’ll be wanting to spend some of those cool nights cozied up in your living 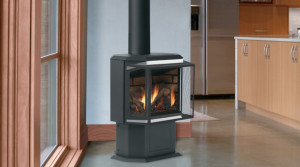 room, all warm and snuggly. Before those cold evenings strike, though, it’s a good idea to make sure that your furnace is running correctly. Turn up the thermostat to make sure that your furnace kicks in. If it doesn’t, it could be something as simple as the pilot light not being lit. And that’s not the only thing that has a pilot light that might go out. Your gas stove has a pilot light that could go out, your water heater could, and so do some wall heaters. And if you have a gas log set in your fireplace, that, too might not click on because the pilot light might be out. As you can see, it’s a good idea to know how to relight a pilot light!

How to Light the Pilot Light

The procedure for lighting a pilot light is pretty much the same on most appliances. The first step is to look for the part of the assembly that has a gas valve on it. This should be labeled with on, off, and pilot settings on it. It’s very important to make sure that you turn the valve to off for a few minutes first. The reason for this is because when the flame goes out, it doesn’t mean that the gas has stopped flowing. That means that there could be a pretty good gas buildup that needs to clear before you strike a match or you may be facing a fireball.

After waiting for several minutes, turn the valve back to the pilot setting. Using a long-reach fire lighter or a lighted match, hold this to the pilot opening and push the reset button. Keep it depressed until you see the pilot light is lit and the flame is burning brightly, then switch the valve to on.

If you have a gas log set, determine if you have propane or natural gas. There should be an inside valve that controls the gas flow. It could be a wall switch or a floor switch. Look for the controls and find a little red button, the igniter button. If you don’t have this, you’ll want a long lighter to use to light the flame. Turn the button to off for a few minutes, then switch the button to pilot and hit the igniter a few times. You need to hold the knob down long enough to heat the thermocouple, so let the knob go slowly. Turn it to on but be careful to get away as soon as you do this in case there is a fast light.

Lighting your pilot light isn’t a difficult process, but if you feel any qualms about it call a professional. Remember: it’s better to be safe than sorry!